WHY I NEVER JOINED THE NAVY

For most of my life I didn’t actually like boats.

Maybe it was because my older cousins would take my sister and me out in a small rowboat on the Ottawa River and rock it back and forth until we were petrified.  Looking back I realize that we were never in deep water, but the bottom was covered with horrible clingy weeds which would surely suck you down if you ever fell in.  And if you’re a kid that can’t swim, even 2 metres of water represents a threat.

In my teens I started to enjoy boating with my friends whose parents owned both a fast motorboat and a canoe.  We used to go “gunwale bobbing” in the St. Lawrence River, i.e. standing up on the gunwales and jumping up and down to make the canoe move quickly through the water. Sometimes we would have gunwale bobbing contests, two teenagers facing each other from opposite ends of the canoe, bobbing frantically in the hopes of knocking the other one off into the water.

Or we would turn the canoe upside down and hide beneath it, laughing and joking as our voices reverberated in the air space under the boat.  Kicking vigorously we could move the canoe along at a good pace, and more than once we were thus able to put a scare into some of the young girls in neighbouring cottages who saw the overturned canoe and thought we’d probably drowned. 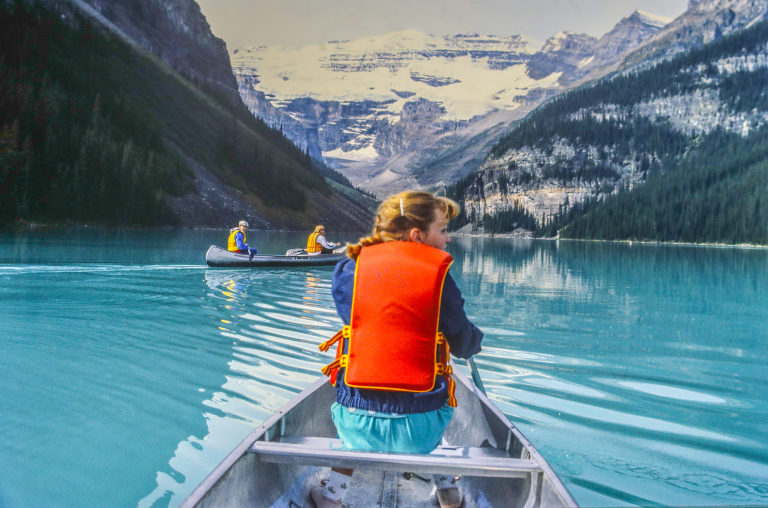 During college I did some more canoeing in the Northwest Territories, and of course we made the mandatory canoe trip to the end of Lake Louise to see the glacier close up, but I must admit I never really took to the sport.  The wind always seemed to be against me, going out and coming back.  In addition, my backside was always sore from leaning on the struts, or my bad knees were aching from kneeling.  Of course I always did the manly thing and kept paddling, albeit only half-heartedly.

In grad school I drove to New Brunswick to see my brother-in-law who, by chance, had an Aussie friend with a sailboat.  I don’t recall its exact size, but it was certainly big enough to hold eight of us for a warm and sunny afternoon’s adventure on the Kennebecassis River. Dressed in shorts and T-shirts and sipping cold pints of beer, we slipped easily from the dock to sail at a leisurely pace downwind and downstream in perfectly calm water.

After a couple of hours the wind picked up and it turned chilly.  The women had had enough and expressed a strong desire to go back to port, but when we turned the boat around it was obvious that both the wind and the current would be against us.  The skipper was suddenly in his element.  Back and forth we tacked across the river, never seeming to come any closer to home as the boat rocked and rolled across the growing waves.  My teeth began to chatter in the cold wind and I started to feel nauseated, but steadfastly resisted joining the complaining women “down below” who were urging the captain to start the engine and motor home.

Cold and sick as I was, my most pressing problem was a bladder full of beer.  Relieved to find that no women were still on the deck, I imagined that I might discreetly pee over the side of the boat.  Alas I was unable to figure out how to hold on to both my equipment and the boat as we crashed through the waves and the spray. 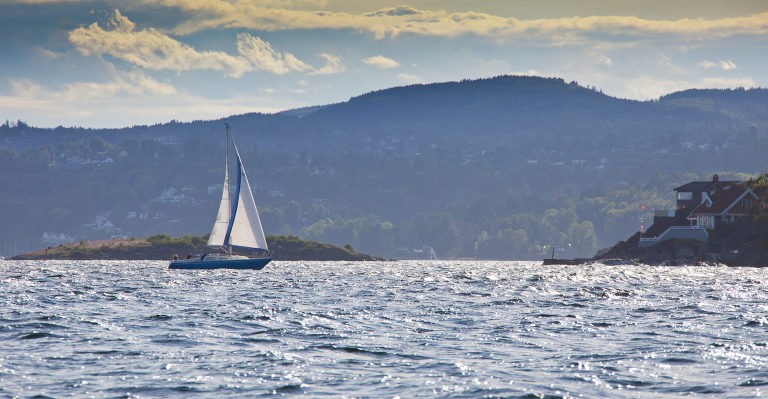 Suffice it to say that we eventually arrived back to shore just in time to forestall hypothermia and an embarrassing accident, but complaints about the trip continued to dominate all future conversations about sail boating for many years after.

A few years later I was hired by a consulting engineering firm to be the project director for an investigation of the marine geology of Canada’s Beaufort Sea continental shelf.  The job description sounded wonderful, and I was excited to be going “up north” again.

The studies were to be carried out from the M.S. Norweta, a Mackenzie River barge-turned-tour-boat.  The Norweta was about a hundred feet long and twenty-five wide and would have fitted nicely in the Rideau Canal locks.  With a draft of only four feet, it was the perfect vessel for the gentle Mackenzie River, but was extremely challenged by the bigger sea states as we sailed northward into the dangerous sea ice on the continental shelf.

We had a fixed budget to lease the boat for six weeks, but after only a few days of surveying the weather turned sour and the sea conditions became treacherous. The captain wisely took refuge in the lee of an Arctic island to ride out the storm. When the weather failed to improve after a week, my boss and the nervous client flew in by helicopter to “personally get the show on the road”.  After only a few hours on the pitching and rolling boat, however, they both decided that the Beaufort Sea during an Arctic storm was no place for them; they returned to Calgary with a better appreciation of our predicament to seek an extension of the contract and more funds.

I loved sailing on the flat waters of the Mackenzie, but the constant swells on the open ocean caused the Norweta to roll almost onto its side.  A continuous dose of anti-nausea pills was required to help me cope, but when the winds and waves picked up I was reduced to lying in my bunk with my eyes closed, clearly visualizing what it would be like to capsize in these dark, frigid waters.  To make matters worse, I developed a severe mouth infection, which only seemed to worsen with time.  I wanted so much to get off that boat and go home, but I knew that there was no one in our small Calgary office who would willingly replace me. 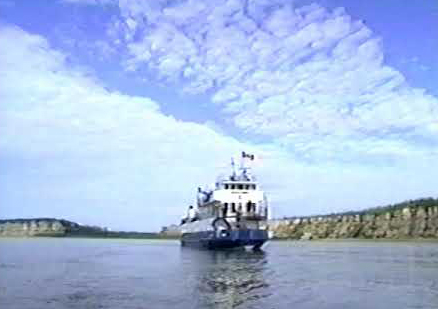 One night another storm caught us out far from shore, and Captain Don Tetreau had little choice but to steer the vessel into the teeth of the gale and hope to ride it out.  As the waves were crashing over the bridge and threatening to surely smash the windows at the helm, the skipper scoffed at my nausea and my dependence on the Gravol pills.  “This,” he said, holding up a bottle of Pusser’s rum, “is the only thing you need to get your sea legs.”

I took him at his word, and soon relaxed under the influence of the rum.  By the time the storm had abated, I felt much better and stopped taking the Gravol.  Almost immediately the infection cleared up too.  Much later we discovered that I’m highly allergic to Gravol.

Motion sickness has continued to plague me wherever I go.  But whether it’s the North Sea, the Galapagos Islands, or crossing the Drake Passage to Antarctica, I now know to bring along lots of Captain Tetreau’s special maritime medicinal tonic and leave the Gravol at home.