ARE PHOTO SAFARIS RIGHT FOR YOU?

I love to travel, especially to distant places where the language, the smells, and the culture are very different from home.

And I love to photograph as I go, constantly looking for those unique images that I haven’t captured before.

Most international tourists travel in the company of other people.  Whether you’re on a cruise ship with several thousand strangers, or in a bus with perhaps a dozen or two companions, it’s a safe and convenient way to travel.

Photo safaris run by people like Gale Perry or Dennis Cox are a bit different. They’re almost always undertaken in smaller groups of six or eight people.  The itinerary may indicate that they’re going to all the same places as the larger tours, but their schedule is often different.

For example photo tours led by guides like Mehmet Ozbalci pack a lot of shooting into each day: photographers are encouraged to rise early and stay out late in order to shoot in the best possible light.  While other travellers are enjoying a dinner cocktail, photographers are still out capturing the sunset.

Photographers generally travel somewhat slower than other groups, and photo safari days tend to be more flexible: photographers are constantly stopping the bus when a possible great shot pops out of nowhere, and they may linger at the same location waiting for the light or the clouds to become “just right”.

They tend to carry a lot of equipment, and they like to keep their equipment with them at all times.  As a consequence, they need more room on the bus.  Their suitcases may be stowed on the roof, but their photo gear is right beside them.

If you’re thinking of joining a photo tour, it’s worthwhile understanding that photographers can sometimes seem like a different breed of traveller altogether. They adhere to a special photo safari etiquette that helps them get along together even when they spend a week or two in the confines of a small bus. 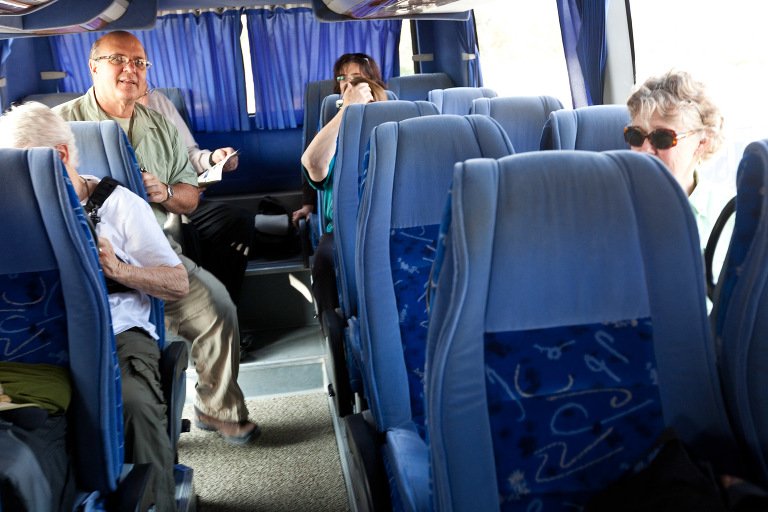 Knowing these rules of etiquette ahead of time can help to prevent that embarrassing faux-pas that ensures you aren’t on the list of invitees when that next trip is being planned.

Basically it’s all about good manners:

Rule 2:  Don’t bring anything you can’t carry yourself.  You can’t expect the guide or driver to help get your equipment into the hotel.  Everyone carries his/her own equipment…all the time, so pack as light as possible.

Rule 3:  Don’t be the “late Lucy”.  If the bus is to leave at 7:00 am every day, be onboard and settled in your seat by 6:55, not 7:05.  If not you’re just wasting everybody else’s time.  This same rule applies to photo stops as well:  be back on the bus at the appointed time.  Nobody wants to wait while you take one more shot. 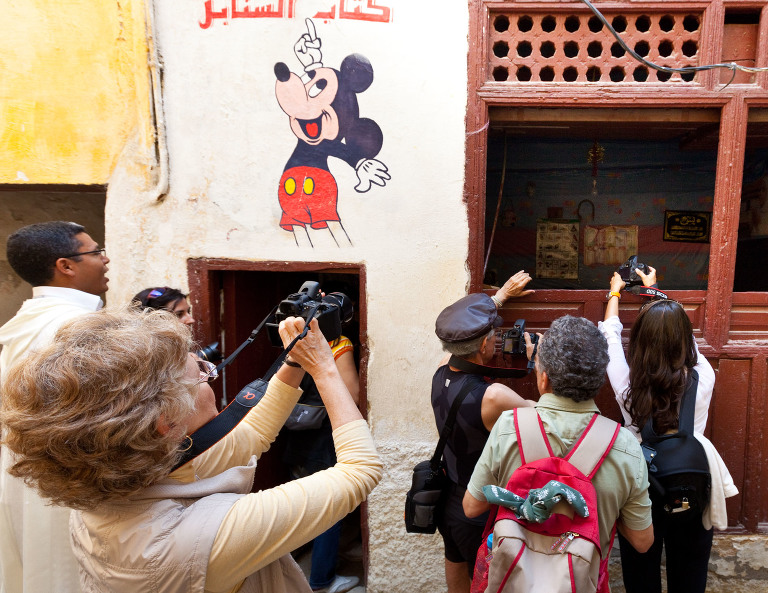 Rule 5:  When travelling by vehicle, don’t take up more than your fair share of the available space.  The best photo tours offer two seats for every photographer, so you can sit in one seat and have your gear beside you on another, but exceptions to this practice are common, especially on the low end tours.  Whatever the case, don’t spread your equipment around on empty seats unless everyone else has the same opportunity.  Just keep what you need out of your bag and leave the rest with the other luggage at the back.

Rule 6:  Never step in front of the other guy’s shot.  This is a problem that arises when the first photographer out of the bus has already taken multiple shots before the last person has even exited.  The recommended etiquette is simple:  shoot with your long lens first, and then wait until everybody has shot from the same distance.  If you’re a wide angle enthusiast and need to approach really close for that one in a million shot, just seek permission from the others before you move in tight. 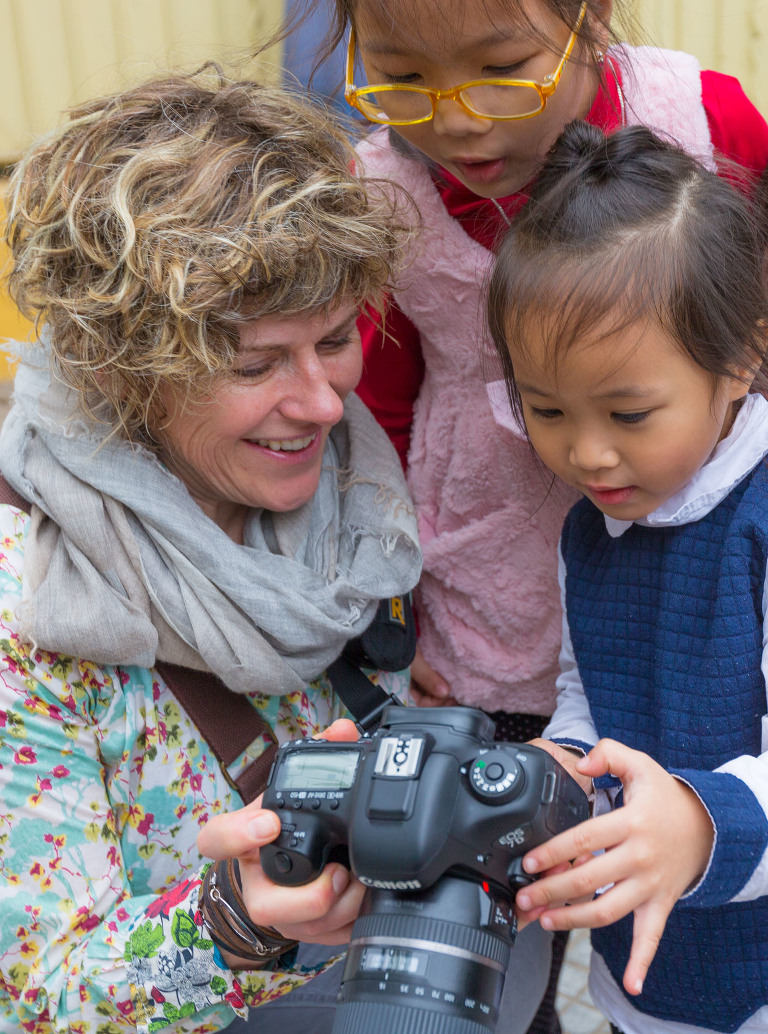 Rule 7:  Don’t “gang up” on the good subjects.  Whether it’s a moose or a little kid, good subjects often flee when surrounded by strangers making clicking sounds.

Rule 8: Respect the privacy of others.  Shooting in public places is (almost) always okay, but encroaching on someone’s personal space or trespassing to get a better shot is definitely not recommended.  When in doubt, simply ask permission, remembering that no means no but a big smile and a courteous demeanour usually go a long way.

If your subjects prove to be cooperative, make it a fun experience for them too.  Show them the photo afterwards and offer to send them a copy.  Better yet, carry a pocket size printer like LIFEPRINT and give them a photo right on the spot.  I’ve found that this is a great way make new friends and is often the first step to securing a model release. 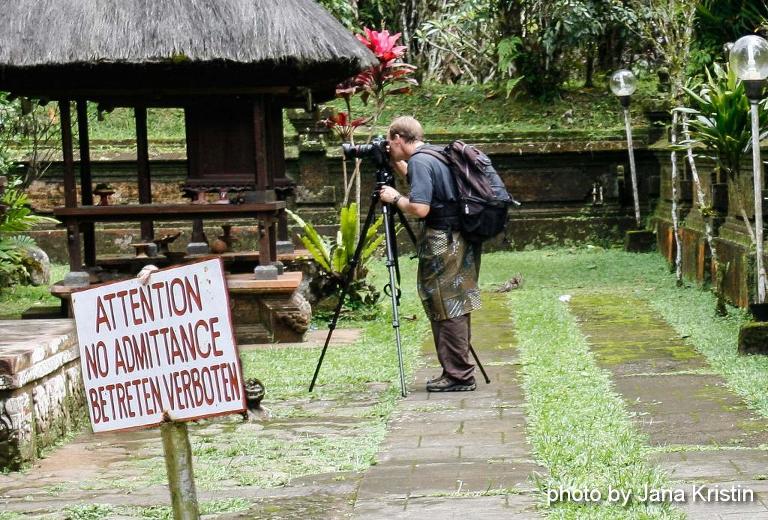 Rule 9:  Be respectful of local customs, rules, and culture.  No matter how tempting, don’t disregard signs that say “no photos” or “no flash” or “no entry”.  At worst such violations may land you in jail.  At best your behaviour will reflect badly on how others view your own country.

There’s nothing magic in these rules.  They’re all really just common sense, but following them will make your journey a lot more pleasant, and will ensure that you get invited back for the next photo adventure too.

If all of this isn’t for you, consider booking a private tour where you don’t have to consider any other travellers.